Books are still the cornerstone of many lives even though we live in the golden age of television and internet. In 2017, we’d like to suggest a new concept: Instead of binge-watching, why not try binge reading?  The literary muscles of your mind will thank you. Stop downloading Netflix series to your phone to watch when you’re bored at work, between classes, or at the bar with a particularly lame Tinder date. Always have a book in your bag instead. And if you need some ideas for which titles to bring along wherever you go — well, these books have made the bestseller list in 2017 that are worthy of checking out.

1. Secret Lives of the Amir Sisters by Nadiya Hussain 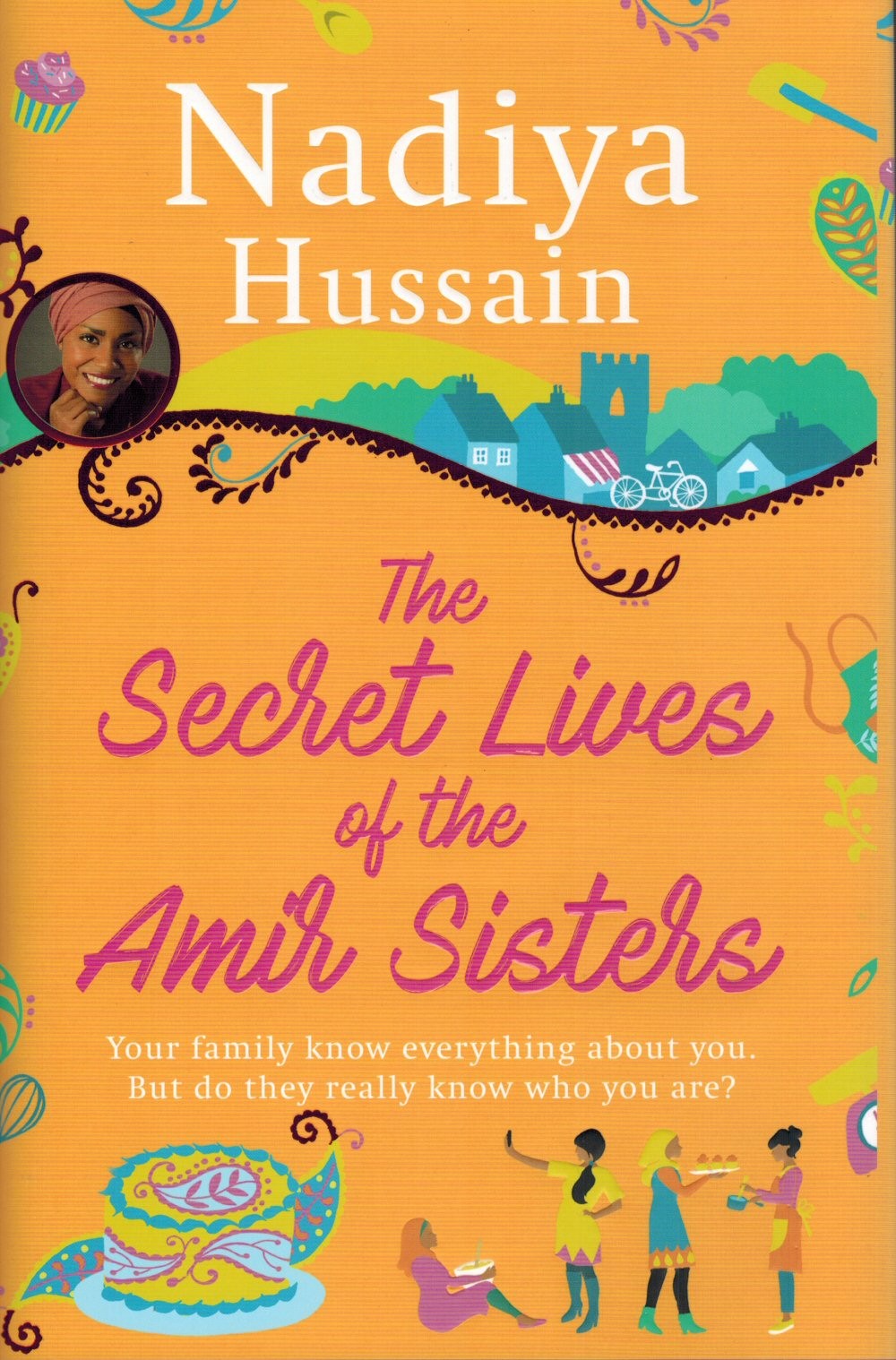 The Secret Lives of the Amir Sisters

She’s more than just a dab hand with a piping bag. This is the debut novel of Nadiya Hussain, winner of the Great British Bake Off 2015. The story is about four girls: a caring homebody Meg in Farah; a housebound fragile Beth in Fatima; a free-spirited artistic Jo in Bubblee; and a troublesome mischievous youngest Amy in Mae, growing up as the only Muslims in the English village of Wyvernage.

Despite not quite fitting in with their neighbours, the Amirs are happy. But from the within, each sister is secretly struggling.

Fatima is trying to find out who she really is and after fifteen attempts, finally pass her driving test. Farah is happy being a wife but longs to be a mother. Bubblee is determined to be an artist in London, away from family tradition, and Mae is coping with burgeoning Youtube stardom.

Yet when a family tragedy strikes, it brings the Amir sisters closer together and forces them to learn more about life, love, faith and each other than they ever thought was possible. The story also gives us an insight into relationships and practices that are considered sinful by most religions and culture across the world.

2.The Holocaust by Laurence Rees 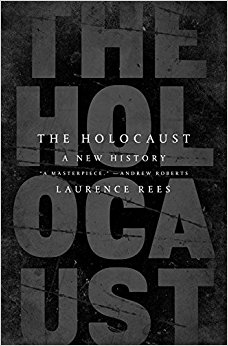 The Holocaust by Laurence Rees

Historian Laurence Rees’s publishers describe his major new book as the first authoritative, accessible account of the Holocaust in three decades, drawing on a catalogue of unpublished witness testimony. As TheGuardian reports, ” What makes this nuanced ‘new history’ stand out is its use of unpublished interviews with eyewitnesses”.

Rees contests that while hatred of the Jews was always at the epicentre of Nazi thinking, what happened cannot be fully understood without considering the murder of the Jews alongside other Nazi plans to kill millions of non-Jews as well. He also reveals the inner machinations of the Nazi state and shows how there was no single “decision” to start the Holocaust. Instead, a series of escalations cumulatively created the horror.

“Through a chronological, intensely readable narrative, featuring the latest historical research and enthralling eyewitness testimony, this is the compelling story of humanity’s lowest point.” – Penguin Classics

For all the history buffs who are both thrilled and appalled by the most horrendous crime of the world, Rees’s Holocaust is a must read. 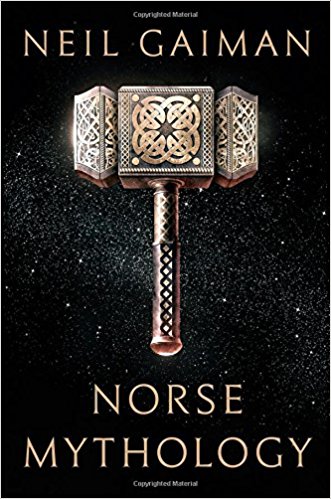 The fantasy writer and master storyteller Neil Gaiman has drawn on Norse myth for many of his novels, and now presents a retelling of a wealth of stories from Norse mythology in his own unique style. Here’s it myth geeks. A concise and compact encyclopaedia of the entire Norse mythology. Thinking of participating in myth quizzes? Don’t forget to check out this book along with Grave’s Greek and Roman mythology. Contestants will surely have a hard time defeating you. 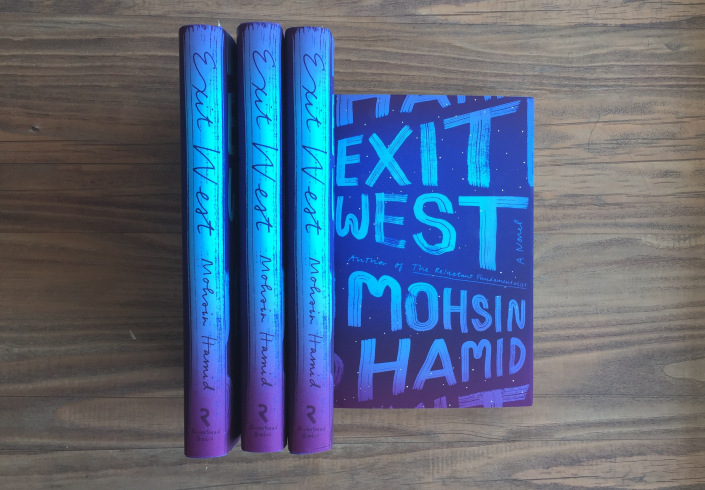 The new novel from the author of The Reluctant Fundamentalist is a timely love story. It is set in a world transformed by migration, as a young couple become refugees.

In a country teetering on the brink of civil war, two young people meet—sensual, fiercely independent Nadia and gentle, restrained Saeed. They embark on a furtive love affair and are soon cloistered in a premature intimacy by the unrest roiling their city. When it explodes, turning familiar streets into a patchwork of checkpoints and bomb blasts, they begin to hear whispers about doors that can whisk people far away, if perilously and for a price. As the violence escalates, Nadia and Saeed decide that they no longer have a choice. Leaving their homeland and their old lives behind, they find a door and step through.

“Exit West follows these characters as they emerge into an alien and uncertain future, struggling to hold on to each other, to their past, to the very sense of who they are. Profoundly intimate and powerfully inventive, it tells an unforgettable story of love, loyalty, and courage that is both completely of our time and for all time.” – Goodreads.

5. The Unaccompanied by Simon Armitage 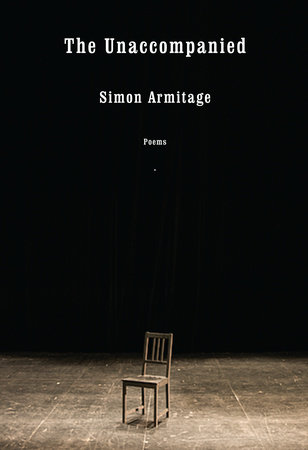 Armitage says he has noticed gradually emerging in his work: isolation, verging on loneliness. The Unaccompanied documents a world on the brink. A world of unreliable seasons and unstable coordinates. Where Odysseus stalks the aisles of cut-price supermarkets in search of direction. Where the star of Bethlehem rises over industrial Yorkshire. And where alarm bells for ailing communities go unheeded or unheard.

“Insightful, relevant and empathetic, these poems confirm The Unaccompanied as a bold new statement of intent by one of our most respected and recognised living poets.” – Goodreads.

6. Istanbul: A Tale of Three Cities by Bettany Hughes 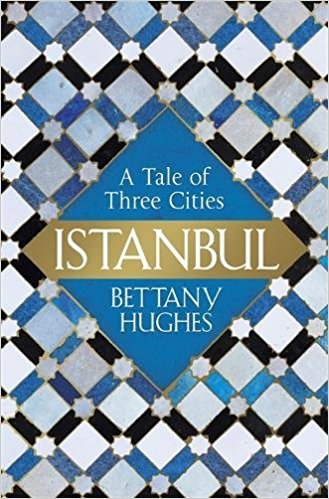 ISTANBUL A Tale of Three Cities

Byzantium, Constantinople, Istanbul: three cities with one shared history. The accomplished ancient historian Bettany Hughes turns her pen to the lively story of a city with an enormously rich cultural heritage.The book is not a traditional history. It is more of a personal journey arising from a love affair through the widespread carnage and hysteria across Istanbul.

“Istanbul, Byzantium and Constantinople have a convoluted, fascinating and highly problematic story — and in this book, they have their convoluted and problematic biography. ” – EveningStandard. 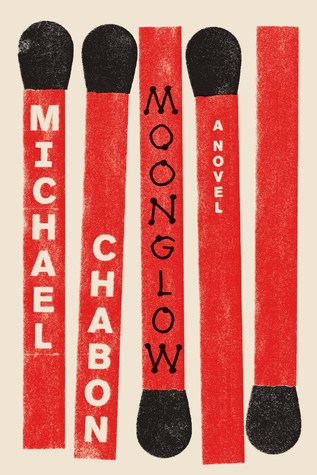 Is it an autobiography, or fiction disguised as a memoir? You have to be the judge. Pulitzer-winner Chabon’s mysterious genre-bending novel takes place in 1989, as the narrator’s grandfather tells his life story on his deathbed. The narrator is called Michael Chabon. The author says of his book that “I have stuck to facts except where facts refused to conform with memory, narrative purpose, or the truth as I prefer to understand it.”

Preeshita is a full on otaku. She loves to read and spin stories. A big fan of Robert Browning, Death Note and Fairy tail, she thinks she's born in the wrong world.

5 Travel Goals Everyone Should Have in Their Bucket List

Learn about Nootropics, Exercise and Sleep Hacks from...

Know about debtless ways to be rich from...