Do you want to be successful in marketing but do not know how? Are you worried about adjusting with the ever changing trends in the world of marketing? Then, you have come to the right place as we provide you with 22 immutable laws of marketing from the book ‘The 22 Immutable Laws of Marketing’ by Al Ries and Jack Trout. 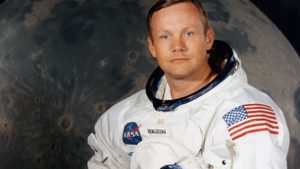 Neil Armstrong- The first person to land on the moon.

Its better to be first than it is to be better. Who was the second person to land on the moon? We know Neil Armstrong was the first but no one cares about the second. The leading brand in a category is generally the first in someone’s mind. Apple was the first to launch smartphones and now dominates that category. Likewise coca-cola was the first in the cola category and dominates cola sales.

Dell- The first company to sell computers through phones.

If you can’t be first in a category set up a new category in which you can be first. IBM was the first in computers but Dell made its way into the computer market by being the first to sell computers by phone. They became a nine hundred million dollar company.

The single most wasteful thing in marketing is to try to change your mind. That’s why it’s better to be first in the mind than to be first in the marketplace. Xerox was the first in copiers. They tried to get into computers but 25 years and two billion dollars later Xerox is no where in computers.

Own a word in the prospects mind. Coke owns cola, Mercedes owns engineering and Dominos owns home delivery. This is the most important law.

The strategy to use depends on which rung you occupy on the ladder. Avis was second in the car rental category. They acknowledged their position on the ladder and came up with the slogan ‘Why go with us? We try harder.’ They started making lots of money as a result. Turn your position into an advantage.

In the long run every market becomes a two-horse race. Right in the 1980s Nintendo dominated the video games market with 75% of the market share but over a number of years Nintendo and Sega were on par with each other. 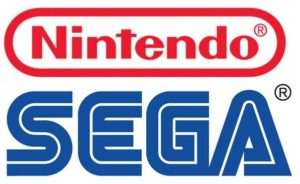 If you’re shooting for second place, your strategy is determined by the leader. Much like a wrestler uses his opponent’s strength against him, a business should leverage the leaders strength into a weakness. Burger King for example came up with the slogan ‘The whopper beats the Big Mac’ and it was a great success. Instead of trying to make better Big Macs they opposed it with their whoppers. 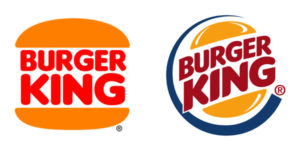 Marketing effects take place over an extended period of time. In 1985 coca-cola introduced their line of clothes to the marketplace. Within two years they hit 250 million dollars but the following year they were making nothing and were left with millions of dollars worth of unwanted clothing

You have to give up something in order to get something. There are three things you can sacrifice- your product line, target market or constant change. The main idea is to focus on one thing and sacrifice the rest.

For every attribute there is an opposite effective attribute. Cavity prevention is the most valuable attribute of toothpaste. Once a company owns that in the mind of their prospects and it’s taken and you have to settle for another attribute. 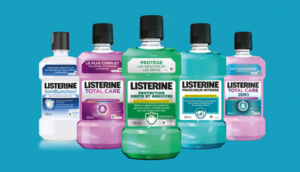 When you admit a negative, the prospect will give you a positive. Listerine had a slogan ‘The taste you hate, twice a day’ and ‘Avis is only number two in rent-a-cars’. This law must be used carefully with great skill. The negative has to be bad enough for your prospect to instantly agree.

In each situation only one move will produce substantial results. This is similar to the 80/20 principle. You could try 10 different marketing strategies but only one is likely to work.

Unless you write your competitors plans you can’t predict the future.

Success often leads to arrogance and arrogance to failure. Donald Trump’s ego got the better of him. He slapped his name on everything violating the law of line extension. He also had a 3-foot high brass piece sitting on the floor next to his desk and he continued to deny he had a big ego. Trump lost lots of money.

Failure is to be expected and accepted. Businesses try to fix stuff rather than drop stuff. You must know when to call it quits and move on. The founder of Walmart, Sam Walton encouraged his employees to fail and then learn from those failures.

The situation is often the opposite of the way it appears in the press. In 1985 coca-cola introduces new form of coke. It attracted 1 billion dollars of free publicity but the new coke was a failure. When things are going well a business doesn’t need hype.

Successful programs are not built on fads, they’re built on trends. A fad dies young and trends grow old. Examples of recent fads are twerking and the ALS ice bucket challenge. Examples of trends are accessing the internet from mobile devices and taking selfies.

Resources without adequate funding an Idea won’t get off the ground. Steve Jobs and Steve Wozniak used Mike Markulla‘s $91,000 to put their idea of the Apple computer into a great success.

Three Much Needed Browser Hacks You Didn’t Know About

Why a Business Plan Is Essential for Company...

What Are the Steps to Becoming a Fashion...

What Are Chargeback Fees? Your Guide for 2021

Presentation Tip Guide: How To Nail That Work...

Innovations in Drug Development: How the Pharmaceutical Industry...

5 Interesting Facts About the Human Brain