It Is Time To Let Go

It’s been quite a few months since you guys broke up. Your significant other in the past has probably already moved on. For some reason, you feel trapped. You always have the urge to drop a text and see what they’re up to. Maybe you just want to hang out as friends or at least that’s what you tell yourself. It is too much for you to handle but how did they manage to get past this? Did you share a one-sided affection? Well, maybe! However, sometimes the affection can be mutual and still two people have different ways of handling it. Here are a few reasons why this breakup occurred and why you’re having a hard time letting go.

1. You Took Them For Granted 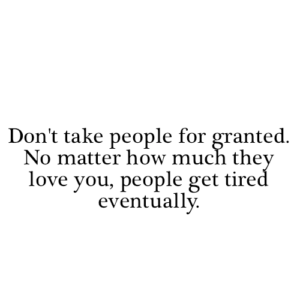 Of course you did and you know it. You were not there at times. You did not make the required efforts to keep the both of you going. When you look back at it now, you can recall a lot of times where you could have made them happy but you did not. You always thought you had a lifetime to get things done but now it is eating you up inside. Now you keep thinking about turning things around if you get another chance. You can think that all you want but the truth is, you’ll make the same mistakes again!

Personal space is very essential in a relationship, but so is transparency! You always had these secrets which you were not willing to share with your partner. You kept a lot of things to yourself which obviously affected your mood. The lack of sharing tends to increase the distance and that is exactly what happened. You expected them to be straight forward with you but you could not provide them with the same. It was only a matter of time before your unwillingness to involve them into your matters started creating problems. 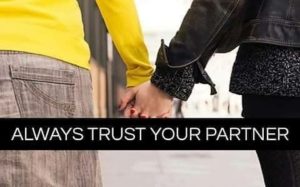 Now this may not be true for all cases but the trust factor is an issue for some. If you fail to make your partner feel trusted then you’re already pushing them away. You don’t realize the impact lack of trust has on your relationship. Lack of trust can be a real deal breaker for a person who has been nothing but loyal to you. You lacked that trust and now you know that your partner was never disloyal to you. This is a tough one to get past! You probably would have responded with anger and rage if your partner would have doubted you. They took it well on the outside but they were hurting inside.

4. You Started Taking Their Decisions

You were gradually becoming more and more controlling and you wanted them to do things your way. They always had to compromise. You chose to dictate the terms of the relationship. “My way or the highway” is definitely not how a relationship works. It is also a reason why it was easier for them to get over you. Getting out of a controlling relationship was actually good for them. You lost someone who was willing to change for you. Of course it is harder for you than it is for them!

5. You Hold Yourself Responsible 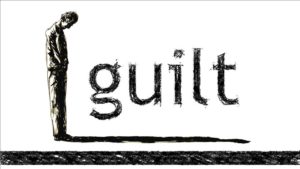 This is what the whole thing boils down to, Guilt! You already know all of the things mentioned above and you hold yourself responsible for the fallout. You keep hovering with the ‘could’ve, would’ve, should’ve’ and think of ways how you messed it up. Now that you’ve realize your mistakes, you keep longing for another chance which is never coming your way. You’re looking for reasons to forgive yourself but you are having a tough time doing that. In a nutshell, nothing seems to be working out for you and the world seems an ugly place to live in!

But it’s not the end of the world, it’s just the end of a relationship which you were not prepared for. You can still get it together and move on to a better future.

Here’s what you can do to get back on track 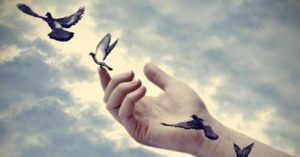 You have already come to terms with the reasons of your breakup. You know you were more responsible for this than your partner. Now you need to forgive yourself! Forgive yourself for all the mistakes you made. You were not ready for it and you made mistakes. You are just a human being and you are allowed to make mistakes. Just like any other human being, you’ll  get more opportunities to fix yourself and have a better future. You have already accomplished what is most important for letting go and that is accepting your mistakes. Now you just have to tell yourself that anyone could have made the same mistakes and it is okay. This relationship was not meant to be, but one of them will be! Maybe not the immediate next one, but it’s coming.

I am a freelance writer, a Table Tennis player and an MMA/Boxing fan. I like to keep getting better at what I do.

How to Build a Healthy Relationship

Thank You!
I’m working on the next one.