There is no better way to spend time than to escape into the pages of  novels. A good story can make you laugh, cry, think, and maybe even teach you some valuable life lessons.

Being a devout bookworm, I enjoy reading almost anything from mystery to science fiction to women’s fiction. And while the traditional paperback written in prose is an unparalleled classic, novels with unique formats are a refreshing change. 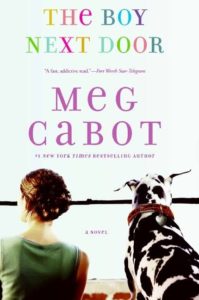 1. The Boy Next Door by Meg Cabot

I can’t join a gym! I’m depressed, not suicidal!

The idea of reading someone’s story through emails or letters makes it more secretive, personal. I discovered my love for this format when I first read The Boy Next Door.

Cabot rose to international fame with her epistolary Young Adult series, The Princess Diaries. The Boy Next Door is a  Chick-lit novel for adults and is the first book in the Boy series. Told entirely through emails, the story follows young gossip columnist Mel Fuller who works in New York City. Her life takes a strange turn when she saves her elderly neighbour’s life after she was attacked. The Boy Next Door is funny, smart, and it also has a mystery element that ties everything together. I found that the email format never felt forced, it was thoroughly entertaining, typical Meg Cabot style. 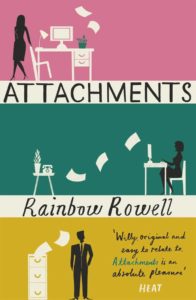 “I’d know you in the dark,” he said. “From a thousand miles away. There’s nothing you could become that I haven’t already fallen in love with.”

Rainbow Rowell‘s Eleanor & Park featured in my previous post: Five Stunning Quotes from Young Adult Books. Rowell has emerged as one of the most popular YA authors out there with the release of her other successful novels including Fangirl and Carry On. Attachments is this author’s debut novel.

Lincoln O’Neill is disappointed that his job as an “internet security officer” is very different from what he pictured. Instead of defeating hackers and building firewalls, he has to read the work emails of his company’s employees. When Lincoln comes across Beth and Jennifer’s emails, instead of reporting them, he starts to read and enjoy them. As he learns all the personal details the two friends share over email, he can’t help but fall in love with Beth. This is a charming contemporary romance that any adult fan of the genre will love. 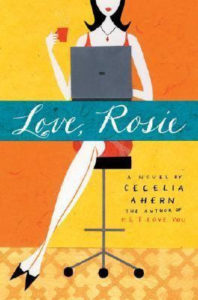 I’ve learned that home isn’t a place, it’s a feeling.

Cecilia Ahern is the author of P.S. I Love You, the international hit novel that was made into a blockbuster Hollywood film. Love, Rosie was also made into a film, starring Sam Claflin and Lily Collins. The romance novel was originally titled Where Rainbows End.

Love, Rosie is another story told through emails and letters. The novel is also interspersed with notes passed between the lead characters, Rosie and Alex, during their school days. Alex and Rosie have been best friends since they were kids, and they remained inseparable all through school. But before their final year of school Alex and his family move away to Boston. The physical distance, among several other life-changing events, creates a rift between them. This novel is a great light read, it’s funny, sweet and perfect for a rainy afternoon. 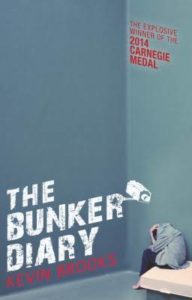 4. The Bunker Diary by Kevin Brooks

Tip for the day: never eat a bible when you’re starving to death.

Touted as ‘Room‘ meets ‘Lord of the Flies‘, The Bunker Diary is an award-winning YA thriller. I would advise sensitive readers against reading this novel because it contains graphic violence and disturbing themes.

The protagonist is a teenaged boy called Linus Weems. He finds himself in an underground bunker after he is drugged and kidnapped. The Bunker Diary is written in first person, but there is something so unique about Kevin Brooks‘ writing style that this novel deserves a mention in this list. The narration is so simple and clear, it’s almost as if the reader is inside Linus’ mind, experiencing the horrors of the bunker unfold. 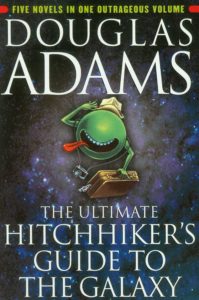 5. The Hitchhiker’s Guide to the Galaxy by Douglas Adams

Time is an illusion. Lunchtime doubly so.

This is probably one of the most bizarre yet funniest books I’ve ever read. The Hitchhiker’s Guide to the Galaxy is the first instalment in a five-book series. This novel is an eccentric mix of comedy, drama and science fiction.

This novel is a hilarious adventure that follows Arthur Dent’s journey through space. His home planet, Earth, is demolished to make way for a galactic freeway. The Hitchhiker’s Guide to the Galaxy has everything from a two-headed president of the galaxy to a perpetually depressed robot. Full of weird characters, humour, and existential questions, this book is a must read.

Hope: When everything seems lost and out of control