Hope: When everything seems lost and out of control

“Hope my friend is a good thing, maybe the best of things and all good things don’t die” said Andre Duffrey. Remember the quote? Yes, it’s from Shawshank Redemption. Duffey speaks about hope when everything seems lost. He was imprisoned wrongly and there was no way he could escape from the prison. Yet he still manages to escape from it. We all hope for better future, we hope for better days. Hope is good thing. It’s something that can’t be stolen from us, just like our soul.

Hope isn’t an emotion, its more than just an emotion. It’s what keeps man running, chasing his dreams. It teaches us to live life. Viktor Frankl in his book “Man’s Search for Meaning” says that the loss of hope and courage can have a deadly effect. Viktor was a prisoner during the World War 2. He describes the tortures faced by the prisoners in the camp and also reflects on the suffering of the prisoners. He says that hope was what kept the prisoners alive. Hope of seeing their wife and children, hope of getting out of the concentration camp and seeing a new world outside, hope for better food.

He particularly describes an incident of increasing death rate during Christmas 1944 and New Year’s 1945. It was simply because majority of the prisoners had lived in the naive hope that they would be home by Christmas. As time drew by there was no sign of it. The prisoners lost hope and courage, and were overshadowed with disappointment. And those who were still alive had reason. And that is hope. Hope of  Family, health, happiness, fortune, position in the society, hope that the future is going to be better.

Hope could keep one going even during the times of despair. Friedrich Nietzsche, the German philosopher says “He who has why to live can bear with almost any how”. The best explanation one could give about hope. The future remains untold. If you ever feel like giving up just remember, it’s not the end. It’s a phase that’s going to pass. Hope for the best. What doesn’t kill you makes you stronger. So get busy living or get busy dying.

Here are a few things you can do if you lose hope in the future: 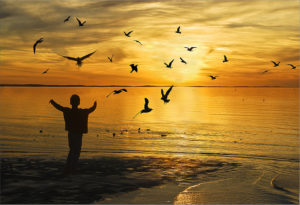 2.Open up to someone Feeling low, demotivated and lost all hope in life ? The answer is simple. Talk to someone. Someone really close to you. Tell them how you feel. Cry in-front of them if you feel like crying. But don’t bottle up your feelings. Cause the volcano may erupt any time and it may be too late to fix it. 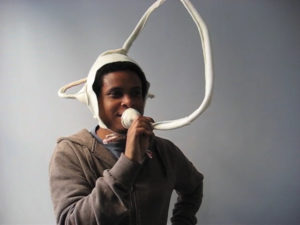 I’ve been for table tennis tournaments and there was something I observed there. Players would talk to themselves. They would appreciate themselves for every point they get. And if they lost a point they would either critize themsleves or motivate. Same applies here. Speak to yourself. Motivate yourself. Appreciate yourself. Know all the struggles you’ve been through.

4.Have an optimistic look for life 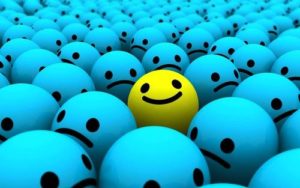 Know that everything happens for  reason. Try to see the bigger picture. If you’re days are going bad, know that this shall pass and new and better things are yet to come ahead. Till then, enjoy every single moment in your life. Laugh out loud, smile, cry, enjoy every second of your life cause the best is yet to come. Cheers to life