Young Adult is one of the most successful genres of novels out there, competing right alongside fantasy and mystery. The audience for this genre isn’t limited to just young adults, as proven by the phenomenal success of many YA novels such as The Hunger Games and The Fault in Our Stars among others.

So, whether you’re a YA aficionado or a newbie, you are sure to find at least one favourite among the five novels mentioned in this list. 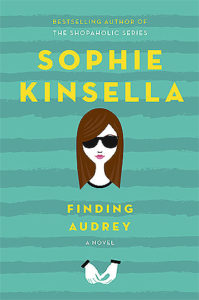 I think what I’ve realized is, life is all about climbing up, slipping down, and picking yourself up again. And it doesn’t matter if you slip down. As long as you’re kind of heading more or less upwards. That’s all you can hope for. More or less upwards.

Sophie Kinsella is the author of the bestselling Shopaholic series. Isla Fisher, Hugh Dancy and Krysten Ritter starred in the 2009 box office hit film Confessions of a Shopaholic. Finding Audrey is the YA debut of this already popular author. It tells the story of fourteen-year-old Audrey who is struggling with an anxiety disorder. But when she meets the open and friendly Linus, she is made to question her own limits, and maybe, even overcome them.

Having read most of Kinsella’s chick-lit novels, I was apprehensive about her YA debut. But Finding Audrey does not disappoint. It’s hilarious, sweet, touching and thought-provoking all at once, the way a good young adult novel should be. 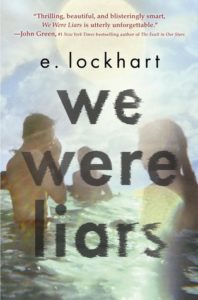 2. We Were Liars by E. Lockhart

Be a little kinder than you have to.

This Goodreads Choice Awards winner follows the story of a young, wealthy girl called Cadence Sinclair. She spends every summer in a private island that her grandparents own, accompanied by her cousins and some friends. But something goes awry in the island during the summer when she is fifteen. A seventeen-year-old Cadence attempts to put the pieces back together when she returns to the island. But as her memories begin to return, Cadence is forced to question everything she knows about her world.

Lockhart has a unique writing style, and I found the descriptions of the island and the Liars (Cadence, her cousins and friends) to be incredible. However, We Were Liars is a rather disturbing story: sensitive readers beware. 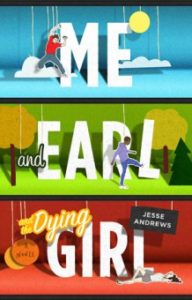 3. Me and Earl and the Dying Girl by Jesse Andrews

One thing I’ve learned about people is that the easiest way to get them to like you is to shut up and let them do the talking.

Right after the unprecedented success of John Green’s The Fault in Our Stars, cancer-themed novels flooded bookstores. Me and Earl and the Dying Girl is one such story, however, it is a completely refreshing take on the theme. The protagonist, Greg Gaines, is a socially awkward teenager who has carefully managed to be the guy who is no one’s friend yet everyone’s friend. Greg is perfectly content making films with his only real companion, Earl. But when Greg is forced to befriend Rachel, a leukaemia patient, his carefully constructed life starts to crumble.

Jesse Andrews’s debut is wildly entertaining with its laugh-out-loud hilarity and drama. But the real magic of this story lies in the fact that this YA novel is heart-rending despite itself. This book was even made into a 2015 movie starring Olivia Cooke, Thomas Mann and RJ Cyler. 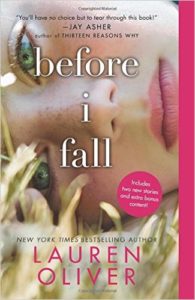 4. Before I Fall by Lauren Oliver

So many things become beautiful when you really look.

Seventeen-year-old Sam Kingston is the girl that has it all. Good looks, wealthy parents, cool friends, and a very popular and attractive boyfriend. One day, Sam’s perfect life comes to a screeching halt when she dies in a tragic accident. But Sam isn’t ‘dead’. She relives the day of her death over and over, and each day, she goes through a different stage of grief. Sam soon starts to believe that the only way she can be freed from this vicious cycle is to alter the events of the day and do it right.

The premise of Before I Fall may remind you of Groundhog Day, but the tone of this YA novel is very different from the 1993 comedy film. As Sam Kingston questions her life and her choices, I started to get curious about the eventual decisions she will make. I don’t want to spoil the ending, but I will tell you that it is heavy and very emotional. 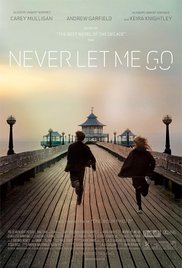 Memories, even your most precious ones, fade surprisingly quickly. But I don’t go along with that. The memories I value most, I don’t ever see them fading.

This novel does not contain excess explicit content, but because of the theme, it leans more towards adult than young adult. It tells the story of Kathy, Ruth and Tommy, three youngsters that attended an exclusive boarding school in England together. Several years after school, circumstances reunite the three friends. Kathy starts to look back to her days at Hailsham, the boarding school, and the emphasis placed on the ‘specialty’ of Hailsham students.

Never Let Me Go starts off very slowly, and I was tempted to give up on it at first. But I persevered anyway, and I’m so glad I did because the turn this story took completely shocked me. There’s a gradual transition in the storyline, a shift that is sort of like a slow poison. This acclaimed novel was also made into a movie starring Carrey Mulligan, Keira Knightley and Andrew Garfield.

BENEFITS OF BEING IN A ‘LONG DISTANCE RELATIONSHIP’!

What are the qualities of a True Friend

Learn about Nootropics, Exercise and Sleep Hacks from...

Know about debtless ways to be rich from...