There are hundreds of thousands of online games out there, some free and simple, some expensive and complex. If you love online games and are in search of some free ones, this list is for you. 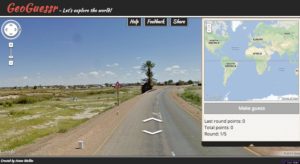 GeoGuessr is a simple, well-designed website that virtually transports you to an unknown location in the world. You have to explore the places around you and guess where you are on the map. You’re rewarded with points based on how close your answer is to the actual location. 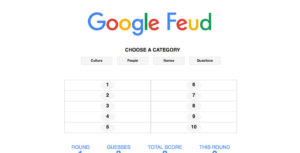 The premise of this game is to complete a google search with the most popular options. GoogleFeud gives you four categories: Culture, People, Names and Questions. For example, if you choose People, the game gives you a random first name like Anna. Type in your guesses for the ten most popular Google searches that contain the given first name: Anna Kendrick, Anna Faris and Anna Wintour are three of the top 10 answers. The higher your suggestion on the scale of searches, the more points you score. But beware, three wrong suggestions and you’re out! 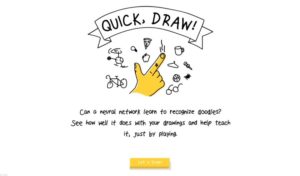 This is a very fun, addicting game that aids in machine learning research. You’re given a random object like a broom or a hexagon that you have to draw within 20 seconds. As you’re drawing, the neural network will try to guess the object. Quick, Draw! is a fascinating game that will definitely keep you entertained for quite a while.

4. The Impossible Quiz – This quiz isn’t for the faint hearted! 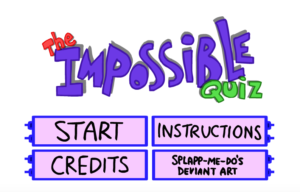 As the game itself claims, this quiz is not for the faint hearted. And it is not for those that are easily frustrated, either. The Impossible Quiz is a set of over 100 questions that get progressively harder and trickier. Some of the questions may seem straight up nonsensical, but this entertaining game will keep you coming back again and again. 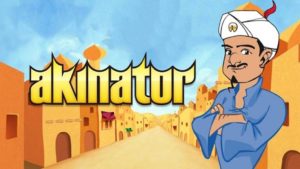 Akinator the Genie, a viral game developed by three French programmers, will try to guess the person you’re thinking of by asking you a series of questions. The genie is widely popular for his freakishly accurate guesses, even when you’re thinking of your dog or Bob the Builder! 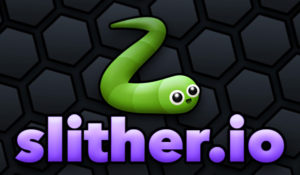 This is a very straightforward online game that you will love if the Nokia Snake game defined your childhood. slither.io is slightly different in that it’s a multiplayer game with thousands of realtime players. You have to guide a worm-like avatar to food, and it grows as it eats. But you must also steer clear of the larger worms that could kill you if you get too close. Agar.io is another game to try if you enjoy slither.io. Both are simple, fun and free games that you can play right from your browser.