Kevin Kruse undertook an extensive exploration of the productive habits of 7 billionaires, 13 Olympic athletes, 29 straight-A students, and 239 entrepreneurs to find out how highly successful people manage their time. This book is the result. The time management tips you’ll take away from this article will pay you massive dividends in the long-run.

LESSON 1: Identify Your Most Important Task

Your most important tasks or M.I.T will depend on your goals and values. What are the tasks you can do today that will bring you closer to achieving your biggest goal? It’s extremely important that you write this down. According to Danny Ariely, author of Predictably-Irrational -“Your time is best spent doing a task that requires high cognitive capacity in the first two hours after waking up rather than wasting time on social media”.

LESSON 2: Touch It Once

Many successful people take instant action on almost every task they encounter that takes less than 5 minutes. They want to spend the least possible amount of time and mental energy processing things. They use a touch at once mentality. For example most people open their in-box and see a bunch of new messages and immediately click each message to open and read. To respond the email requires only a couple of words to be read. Most people do that and close the message to deal with it later but they’ll have to open it and read it later anyway. This is a waste of time. Do what you have to do at once so you don’t have to revisit the email. You can use the touch at once mentality in all areas of your life. 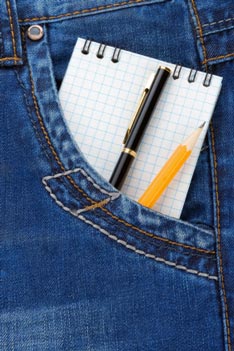 Self-made millionaire Jim Rohn said keeping a journal is very important. I call it one of the three treasures to leave behind for the next generation. The Virgin Group founder, Richard Branson said it may sound ridiculous but my most important item to take with me is a little notebook in my back pocket. I think the number one thing that I take with me when I’m traveling is the notebook. I could never have built the Virgin group into the size it is without those few bits of paper. If you have a thought and don’t write it down then, by the next morning it may be gone and be forever lost. Mark Twain, Thomas Jefferson, Charles Darwin, George Lucas, Benjamin Franklin, Thomas Edison, Leonardo da Vinci and John Rockefeller all had notebooks. The idea of a notebook is to reduce stress by recording ideas and thoughts before you forget them and to learn more about yourself by journaling.

As a general rule 80% of results will come from 20% of the action. This is seen in many areas of life. In business it’s common that 20% of the sales reps generate 80% of total sales. 20% of customers account for 80% of total profits. When reading a book if you read the first and last paragraph of each chapter as well as the first sentence of each paragraph in between you’ll understand 80% of the message of the book. Realize that you can work less, stress less and increase your happiness by figuring out the 20% of goals and activities that achieve 80% of the results.

Of the many successful people that Kevin Kruse interviewed for this book, he found that they don’t have a to-do list but a well-kept calendar. They schedule time for their tasks. To-do lists don’t distinguish between tasks that take a few minutes and items that take a few hours so most people end up doing the quick tasks first rather than the most important tasks. They also cause unnecessary stress. Carrying around a list reminds you that you have a lot to do. If you’ve scheduled it on your calendar you won’t have to worry.

You can achieve so much with a morning routine in less than 60 minutes. You could drink a glass of water, take a deep breath, list three things you’re grateful for and write it in your journal. Later review and visualize your goals. Read ten pages of a self-improvement book, exercise while listening to a podcast and have a healthy breakfast. Kevin o’Leary, Tony Robbins and Arnold Schwarzenegger all have morning routines. Arnold’s routine is simple as he gets up every morning at 5:00 a.m. He reads newspapers, checks his emails, works for an hour, has a healthy breakfast, has a shower and then goes to work. He does his all this before most people are even awake. 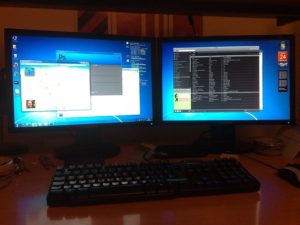 If you spend lots of time on your computer like me then I consider this a must. You can type on your word processor while reviewing Internet material on the other. You won’t have to constantly toggle between two windows.

LESSON 8: There Will Always Be More To Do

This is why it’s important to stop prioritizing insignificant things so you can free up time for your family and friends. Without feeling guilty remember to prioritize what’s really important because you can always be doing more and it’s easy to get lost in it all.

I am blogger and a avid tech enthusiast. I used to update my knowledge everyday by reading other blogs and grasping the idea. Apart from this I read a lot. Maybe trying to become a sincere bookworm.

Thirteen secrets to get superb look without Make Up