Does the Law of Attraction Really Work?

The Law of Attraction has been a talking point ever since the release of a 2006 documentary called The Secret. During the same year, Rhonda Byrne, one of the producers of the film wrote a best-selling novel of the same name.

The notion that our thoughts affect our reality has been accepted by many people across the world. These include famous celebrities like Ellen Degeneres, Oprah Winfrey and Will Smith. (See this list of four celebrities that swear by the Law of Attraction.) But many others have rebuffed the philosophy of LoA on various  scientific grounds.

Both Sides of the Story

Brain imaging and psychological studies seem to agree with the core principle of LoA: positive thinking results in positive outcomes. According to this article, a researcher at the University of Exeter in the UK established that visualizing a hypothetical scenario in your head can increase the accuracy with which you can predict the outcome of that event. For instance, let’s take the case of two students who have an upcoming exam. Both students prepare equally well for the test. One student repeatedly visualizes herself scoring 95%, while the other does not. The Law of Attraction says that the student that visualized the positive outcome is more likely to score 95% than the one who did not.

One of the wealthiest and most popular proponents of this New Thought philosophy is Deepak Chopra. Chopra advocates the law of attraction, stating that quantum physics is proof of this law. Even Rhonda Byrne connects quantum physics to the concepts of LoA.

But these claims received much backlash from physicists over the world. According to them, these ‘facts’ stem from a poor understanding of science. The basic physics concept that like charges repel is against LoA’s principle of “like attracts like.”

In conclusion – It’s all about YOUR mind 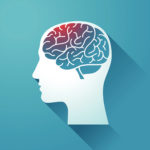 The Law of Attraction, as mentioned in this introductory article, is vast and has many subjects within it. Although some parts of it may not be backed by proof, one can’t deny that the human mind is incredibly powerful. If we were to take science and spiritualism out of the equation, there is no harm in thinking positively. Be it a real science or just a placebo effect, thousands of people claim that LoA has changed their lives for the better.

In the end, it is up to you to decide whether you believe that the Law of Attraction works. It’s all about your mind, your thoughts and how you choose to think.

HOW WORKING OUT AFFECTS YOUR HORMONES?